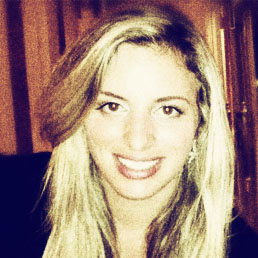 Benedetta Gargiulo Morelli
is an architect and ITAD workshop tutor and coordinator, founder of NOS Design – a Rome based practice that is committed in creating sustainable buildings as pleasing environments. She has previously worked at Foster + Partners’ London Head Office, Arboreal Architecture and has a thorough experience in working for international projects, having worked in China, Singapore, Morocco, Nigeria, UK and Italy. In June 2010, she graduated from the AA School of Architecture where her projects have been nominated for prestigious international awards, such as the Sustainable & Infrastructural AA Foster + Partner’s Prize and the Royal Institute of British Architect’s President Bronze Medal. Arch. Benedetta Gargiulo Morelli is the academic director and co-ordinator and will be reference tutor throughout the duration of the course. 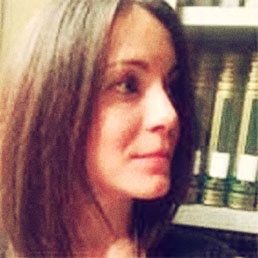 Vasiliki Valina Geropanta
Phd at the Faculty of Architecture, University of Rome “La Sapienza”, with an Ma from Architectural Association, School of Architecture, London, UK. Currently she is coordinating and teaching at Master’s Degree in Interior Design at GMU. Her experience includes projects in Greece and overseas, with eight years practice of designing residential,mixed-use developments, retail and industrial buildings with a background in Architecture, Planning, Engineering, and Construction site supervisor. Her projects have been shown in international exhibitions such as the 3rd Biennale of Architecture in Thessaloníki, Greece. She will be directing the lectures and will be the academic reference through the workshop 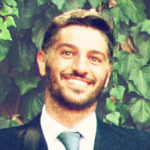 Francesco Grimandi
Architect, graphic and web designer. After a Bachelor’s degree in Interior design, he took a bachelor’s and master’s degree in Architecture from the University of Rome “Sapienza”. Throughout his studies he has always cultivated his interest for graphics and web design and has drawn websites for public institutions and several private customers. He lives between Rome and Vienna where he works as freelance architect and designer. Francesco will be the key reference for all the organization throughout the workshop and will support the students as a tutor. 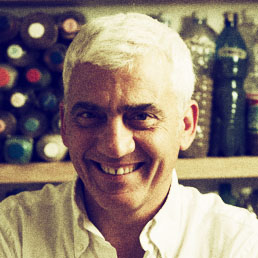 Massimo Catalani
has spent his childhood among books, crayons and paintbrushes in his mother’s stationery and bookshop. He graduated in1988 and the following year registered on the roll of Architects in Rome. In his thesis he had already begun experimenting with impastos that were a mixture of painting, modelling and architectural masonry. Today, Catalani has obtained international recognition, having exhibited his work in galleries and museums throughout the world. Massimo Catalani will be the professor dedicated to the freehand drawing sessions and students will be able to visit his art studio. Watch HERE a documentary on Rai TV about him. 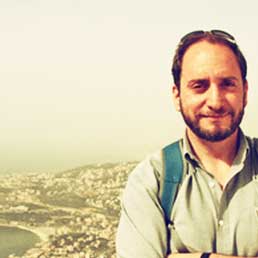 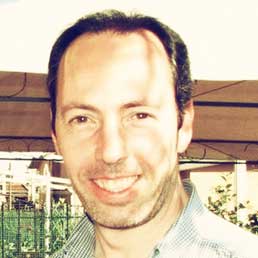 Alessandro Locchi
Archeologist, researcher in History of Religions and publisher. Degree in Classical Literature from the University “Sapienza” of Roma (1999), with a thesis centered around polychromies in the Greek culture. PhD in History Religious Studies (2005) on the taurine form of the Greek god Dionysos, Sapienza University of Rome. From 1997, he works in the realm of guided visits and cultural divulgation. 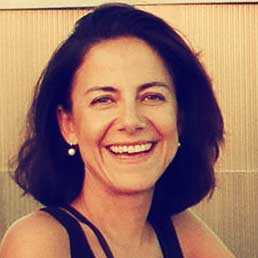 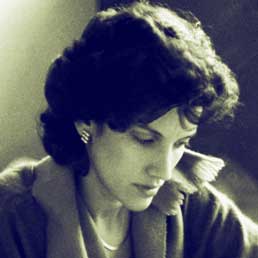 Prof. Arch. Nilda Valentin
Architect and professor in Architecture and Urban Design at the Faculty of Architecture of Sapienza University of Rome where she earned a PhD in Architecture. She attended the Georgia Institute of Technology in the United States obtaining the Masters of Architecture and of City and Regional Planning. She is a registered architect in both the U.S. and Italy. She combines her work as author of essays and books on contemporary architecture with an intense involvement in National and International competitions obtaining prizes and mentions such as in Europan 1. 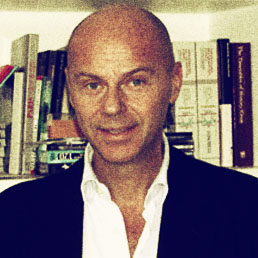 Livio Sacchi
is an architect and professor of architectural design at the Faculty of Architecture of Pescara. Silver Plaque UID Italian Union for Design; President of the Lazio Inarch Section National Institute of Architecture; director of the Architects of Rome, and ‘responsible for architecture, urban planning and design at the Institute of the Italian Encyclopedia founded by G. Treccani. Editor of the magazine”Op Cit.”, Deputy Editor of the”Project”, and was one of the coordinators of the XVII Triennale di Milano. Prof. Arch. Livio Sacchi will present the course in the opening ceremony, co-ordinate the invited guest lecture program and distribute the official certificate during the closing ceremony. 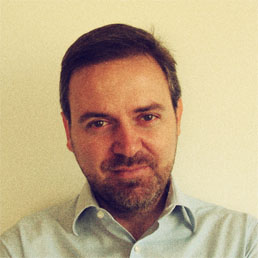 Gianluca Evels
is graduated in Architectural and Urban Design at ‘La Sapienza’ University, in Rome where he works as architect .From 2003 to 2008 he is member in design educational activities in different courses of the Faculty of Architecture, University ‘La Sapienza‘ of Rome. In 2003 he founded together with Stefania Papitto the office ‘b4architects’. The team was awarded with a Silver Interarch Medal and Honorary Diploma in XII World Triennial of Architecture-Interarch’09 in Bulgaria, and in the ‘27/37 international exhibition of young Italian architects’ in the Italian Pavilion at the 2010 Shanghai Expo in the section ‘Better City – Better Life’. In 2011 the office was awarded among Europe’s emerging young architects and designers in the winning list ‘Europe 40 under 40’. The team won also different international competition, among others: europan 8 Kirkenes-Norway, ‘proto:type’ for a new skyscraper typology in Vancouver-Canada BC, europan 9 Kotka-Finland, 20+10+X World Architecture Community Awards (winner 2nd and 7th Cycle). Currently he is working in different urban and architectural projects. www.b4architects.com 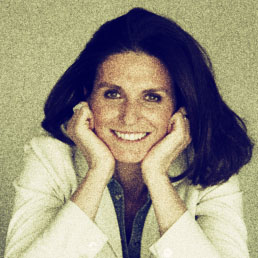 Chiara Tonelli
graduated from the Faculty of Architecture of the University of Rome ‘La Sapienza’ in 1995, PhD and assistant professor in Architectural Technology at the Faculty of Architecture of the University of Roma TRE, since 2000 he has been teaching courses of Architectural Technology.She is team leader of the first group admitted to the Italian international competition Solar Decathlon Europe, with a prototype of a house called ‘MED in Italy’, powered by renewable energy, built in Madrid in 2012 and won the third place. Her team has also been selected for the next edition to be held in Versailles in 2014.
Watch the video of her participation to Solar Decathlon HERE. 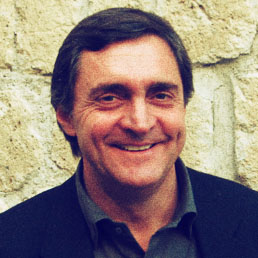 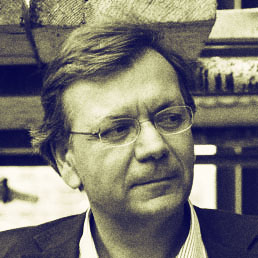 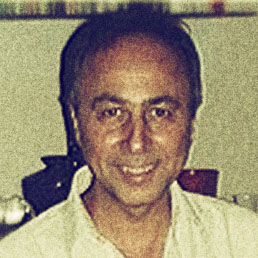 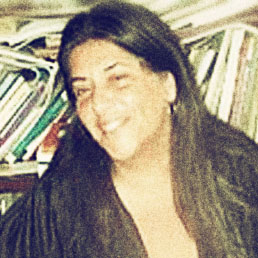 Roberta Amirante
is PHD in Architectural and Urban Design and full professor in the Faculty of Architecture of the University of Naples “Federico II”. She is the responsible for the “Corso di Laurea Magistrale in Architettura” (5- year course, European title of architect) and member of PHD course in Urban Design at the same Faculty. Member of the editorial staff of the art and architectural review “Op.Cit.” since 1981. Member of the Scientific Committee for the organization of the International Design Seminars “Naples, architecture and city”, from 1989 to 1998. 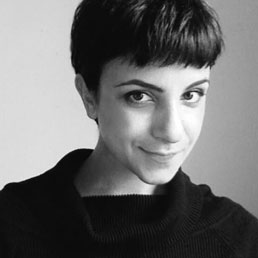 Dorotea Ottaviani
Dorotea Ottaviani is an architect and researcher. She worked as Experienced Researcher within the ADAPT-r ITN Program ( European Union’s Seventh Framework Programme FP7/2007-2013 ) at the Glasgow School of Art, UK. In her post-doctoral fellowship, she investigates the implicit and tacit aspects that nourish and sustain the knowledge in the creative practice along with the explication of the creative practitioners’ methods. She is an architect trained in Architectural Design in Italy and in the Netherlands and she was granted a PhD at the Department of Architecture and Design, “Sapienza” University of Rome with a research on the transformation of the image and the imagery of post-WWII social housing districts. She has been working as an architect since 2010 in different architectural firms in Italy, Germany and Portugal. 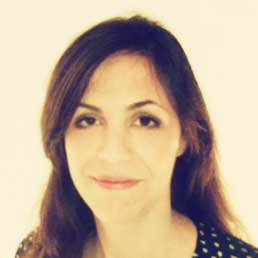 Laura Colazza
is an architect and PhD student at the Faculty of Architecture, University of Rome ”La Sapienza”. She obtained a bachelor’s degree in “Interior design” and master’s degree in “Architecture”. Since 2010 she has been tutor at courses of “Architectural composition” and “Scenography” at “La Sapienza” University of Rome. She has worked as freelance and in collaboration with different studios gaining work experience mainly on rehabilitation and interior design projects for residential and retail buildings. 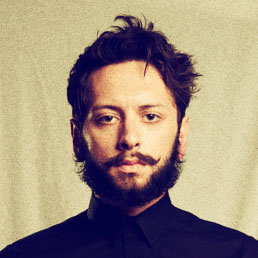 Gildo Incitti
is an architect, draftsman and sketcher. He’s graduated in “Scienze dell’Architettura” and “Progettazione architettonica” at University of ROMATRE. He used to draw since his childhood and cultivates his passion ranging from figurative drawing to architectural sketches and boat design, participating in several extempora, contests and exhibitions. He actually works with Nabito Architects based between Barcelona and Dubai, for whom he looks after the exhibition “Traces of centuries & Future steps” with Arata Isozaki at Biennale di Venezia 2012, and “Cut’n Paste: from architectural assemblage to collage city” exposed at MOMA in New York. 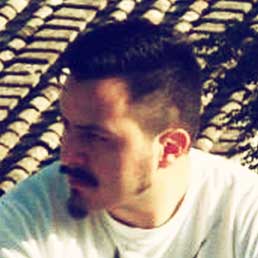